Located on the southernmost part of the state of Rajasthan, the city of Udaipur was once the capital of the kingdom of Mewar. It was founded in 1559 by Maharana Udai Singh. Home to serene lakes such as Lake Fateh Sagar, Lake Pichola, Lake Rajsamand, Lake Jaisamand and Lake Udaisagar, the city is also called the City of Lakes. The city receives thousands of tourists from across the globe, all through the year.

Excellent air, rail and road transport services connect the city of Udaipur to the rest of the world. Tourists flying from abroad can land at New Delhi, and then take a private car or board a train to reach the city with ease. The day tours of Udaipur can be easily done by choosing a private car package tour service.

Home to imposing forts, grand palaces, lush gardens, the beautiful Aravalli Mountains, spectacular lakes and much more, the city of Udaipur is a top tourist destination of Rajasthan. Once a Rajput stronghold, Udaipur offers glimpses into the lives and lifestyle of the royals of Rajasthan through its palaces, museums and historical sites – the most famous one being Haldighati.

Making a tour of Udaipur can be quite exciting, entertaining and adventurous with the Udaipur tour packages offered by us.

Places to visit in Udaipur in 3 Days – Option 1

Places to visit in Udaipur in 3 Days – Option 2

Here is a small list of the popular attractions of Udaipur city: 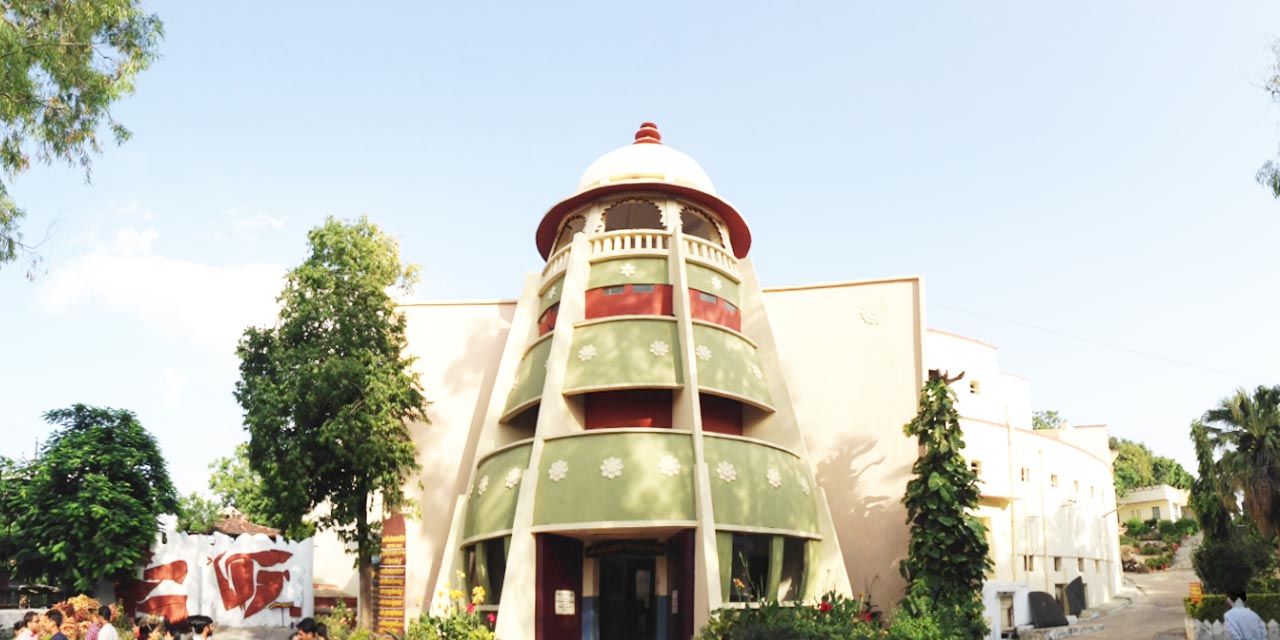 Bharatiya Lok Kala Museum, located inside the Bharatiya Lok Kala Mandal, is one of the popular attractions of the city of Udaipur. It houses a fantastic collection of traditional Rajasthani items including ornaments, rural attire, puppets, folk musical instruments, paintings, weapons, etc.

In addition to witnessing this amazing collection, you can enjoy a puppetry show at the Govind Puppet Performance Centre, located inside the building. Also, the folk dance performance at the studio theatres of the Bharatiya Lok Kala Mandal is worth watching. 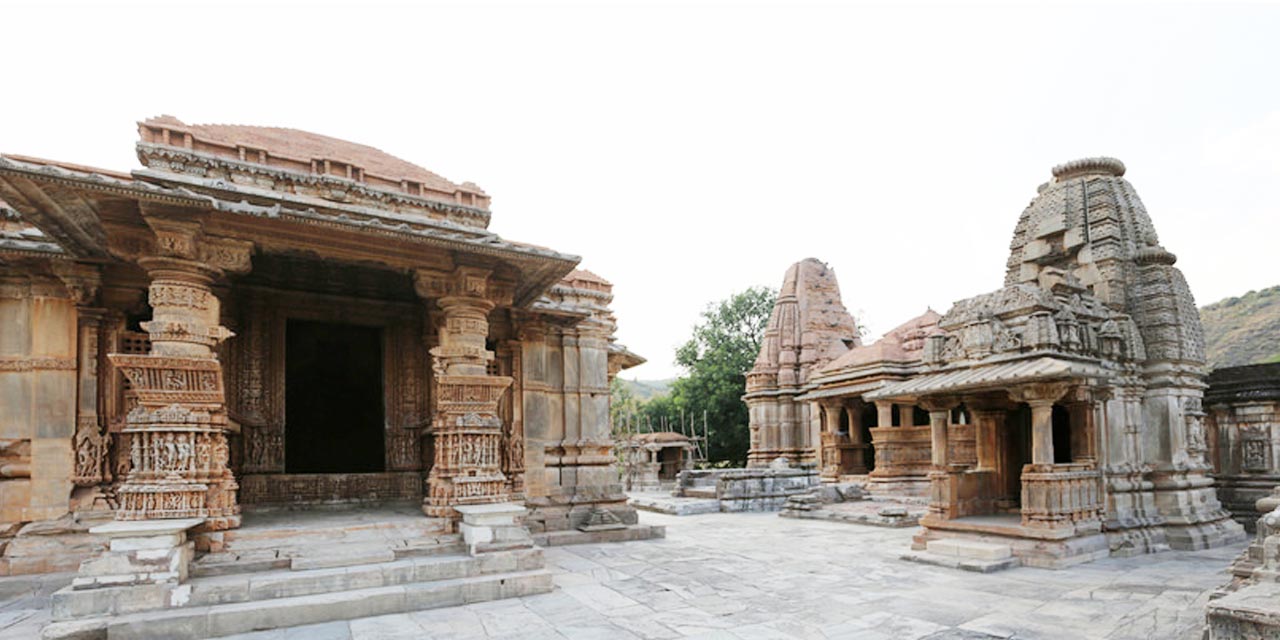 Built by King Mahipala of the Kachchhwaha Dynasty in the 10th century, the Saas Bahu Temple is one of the prominent Hindu shrines of Rajasthan. It is located at an approximate distance of about 23 km from Udaipur in the village of Nagda.

Dedicated to Lord Vishnu, the actual name of the shrine is Sahastra-Bahu, meaning ‘the one with multiple hands. However, the distortion of its name to Saas Bahu happened because King Mahipala built another temple adjacent to this temple, dedicated to Lord Shiva, as his daughter-in-law was a follower of Lord Shiva. On the other hand, his wife was a believer of Lord Vishnu. Therefore, these temples are today more popularly known as Saas Bahu Temple, where Saas means ‘mother-in-law’ and Bahu means ‘daughter-in-law’. 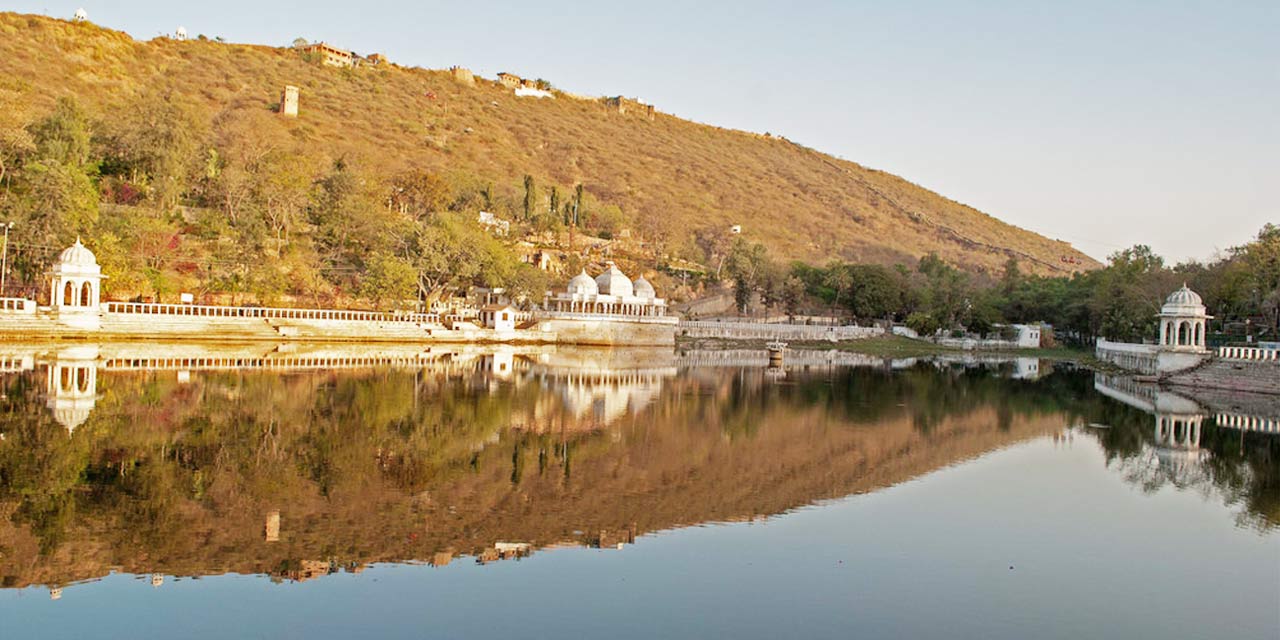 Lake Fatehsagar, which was built by Maharana Jai Singh in 1678 AD, is one of the landmarks of the city. Surrounded by lush hills, it lies north of Lake Pichola. On this lake, there are three serene islands – one island houses the Udaipur Solar Observatory, the second has the Nehru Garden while the third houses a public park and water fountain. Motorboat service is available on the lake to ferry visitors from one island to the other. 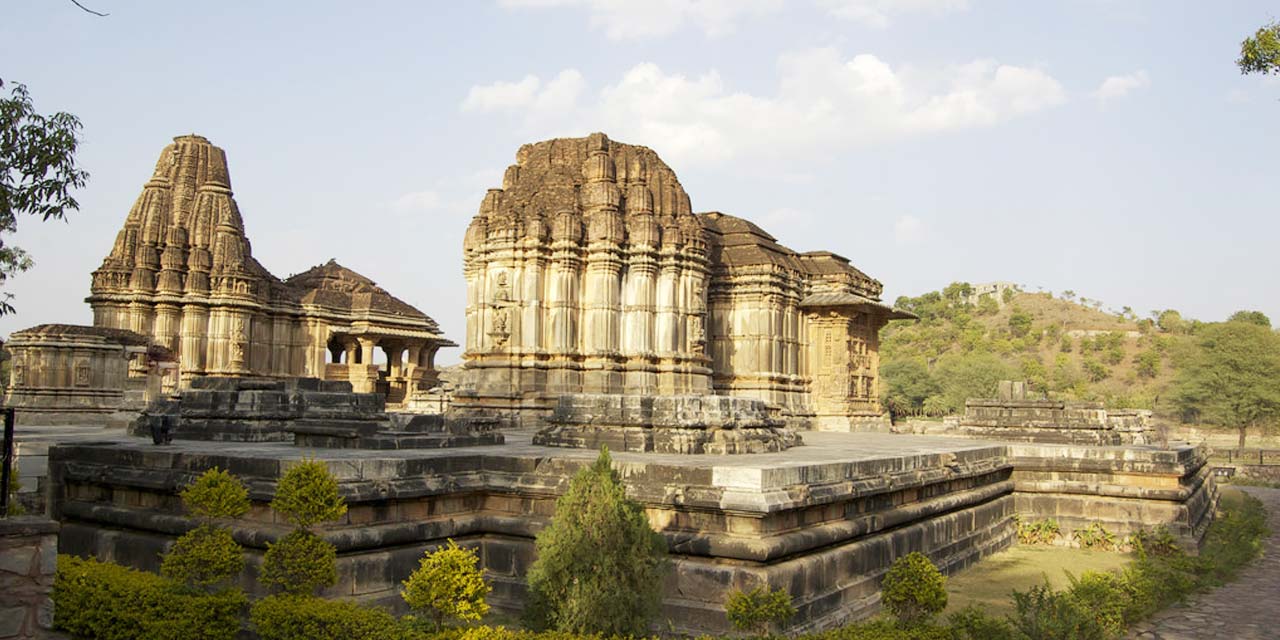 Devoted to Lord Shiva, the Eklingji Temple in Udaipur is one of the holy shrines of the Hindus. Spread over an area of around 2500 sq ft, it houses 108 shrines. The main sanctum of the temple has a four-faced black statue known as Mahadeva Chaumukhi. Lord Ganesha and Lord Kartikeya, the sons of Lord Shiva are also worshiped and also his vahana – Nandi, the bull. 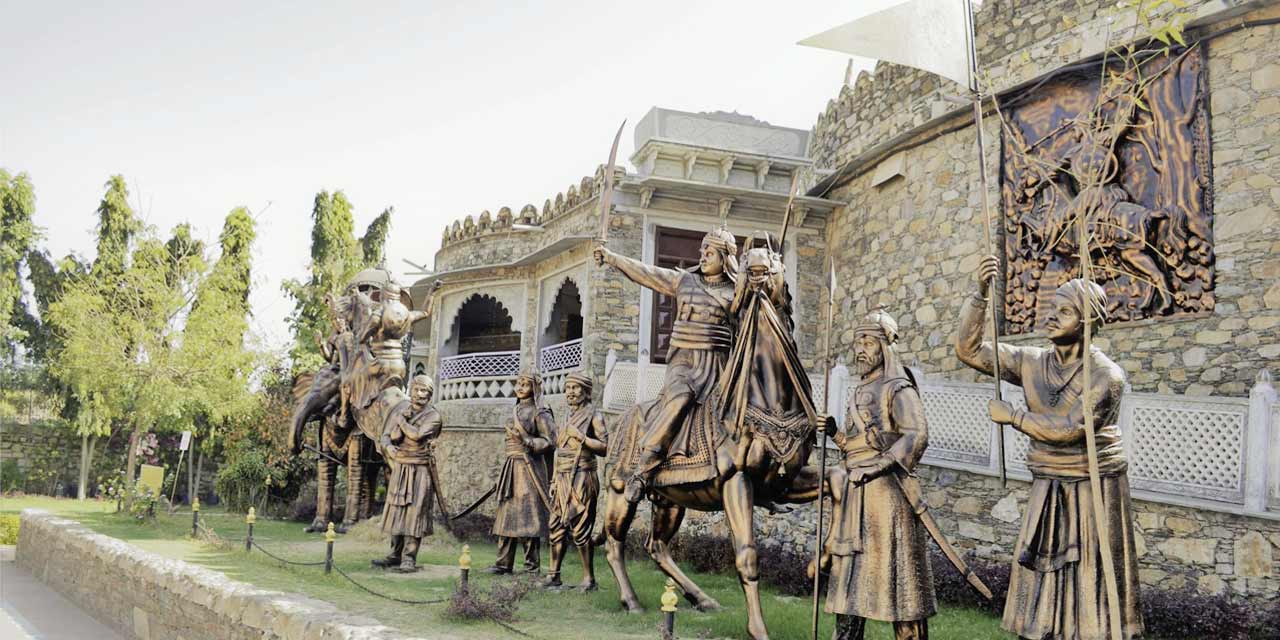 A historic site, Haldighati is a famous mountain pass in the Aravalli Range that connects the districts of Pali and Rajsamand in Rajasthan. This is the area where the historic battle between Man Singh, who served as the general of Mughal Emperor Akbar and the Rajput warrior, Maharana Pratap Singh happened in 1576 AD. An interesting trivia about this battle is that it only lasted for four hours, yet till date, it remains to be one of the greatest fights of Indian history. This is the battle where Maharana Pratap’s favorite horse, Chetak died.

Today, this place is among the popular tourist spots of Udaipur, and receives hordes of visitors. The reason the place has been named Haldighati meaning ‘turmeric pass’ is because of the color of its soil, which has a color similar to turmeric. 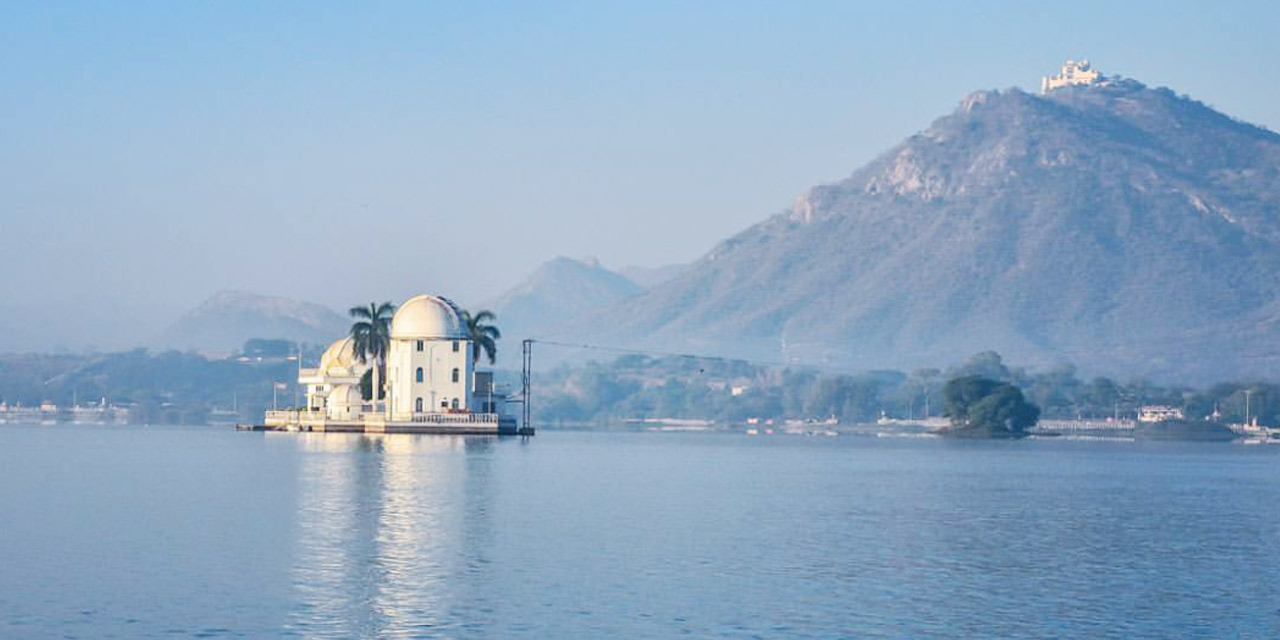 Located on one of the islands of Lake Fatehsagar, Udaipur Solar Observatory is one of the topmost solar observation sites in Asia. This observatory was set up by Dr. Arvind Bhatnagar with the support of Vedhashala Trust of Ahmedabad in 1975. It is designed based on the model of the Solar Observatory found at Big Bear Lake in Southern California, the USA. The observatory serves as an ideal site for astrological and astronomical activities.

Bagore ki Haveli is a royal mansion, built by Amir Chand Badwa in the 18th century, who was the Prime Minister of Mewar at that time. There are more than hundred rooms in this mansion, which as of today, serves as a popular museum. Bagore ki Haveli houses a range of items belonging to the Rajasthani royal culture including costumes, paintings and even modern art.

One of the highlights of the museum is the Queen’s Chamber, where several antique items have been kept on display such as the glass sculptures of peacocks and two mirrors. Another attribute of this amazing mansion is its interiors, featuring intricate glass and mirror work. 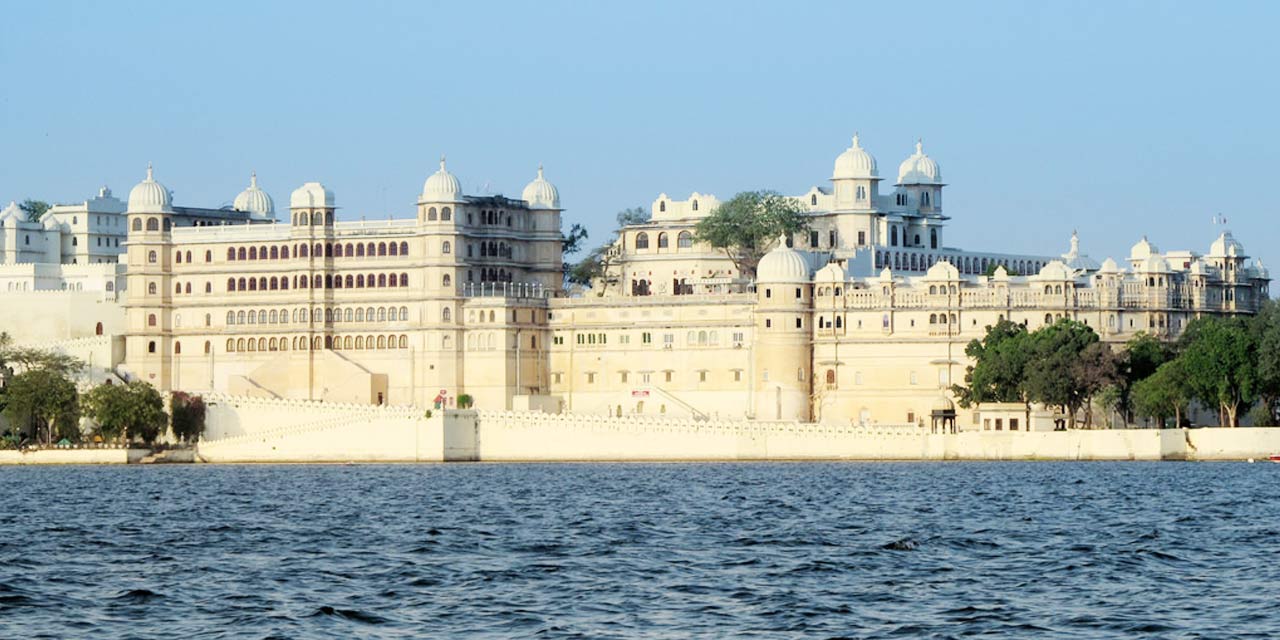 Fateh Prakash Palace, built by Maharana Fateh Singh in the 20th century, lies on the eastern banks of the scenic Lake Pichola. A part of the majestic City Palace complex, the Fateh Prakash Palace once served as the venue for royal events. Today, it has been converted into a marvelous five star hotel. However, the original décor and charm of the palace has still been maintained, including armory, miniature paintings as well as royal furniture.

The picturesque vistas it offers of the mighty Aravalli Mountains and Lake Pichola is simply mesmerizing. 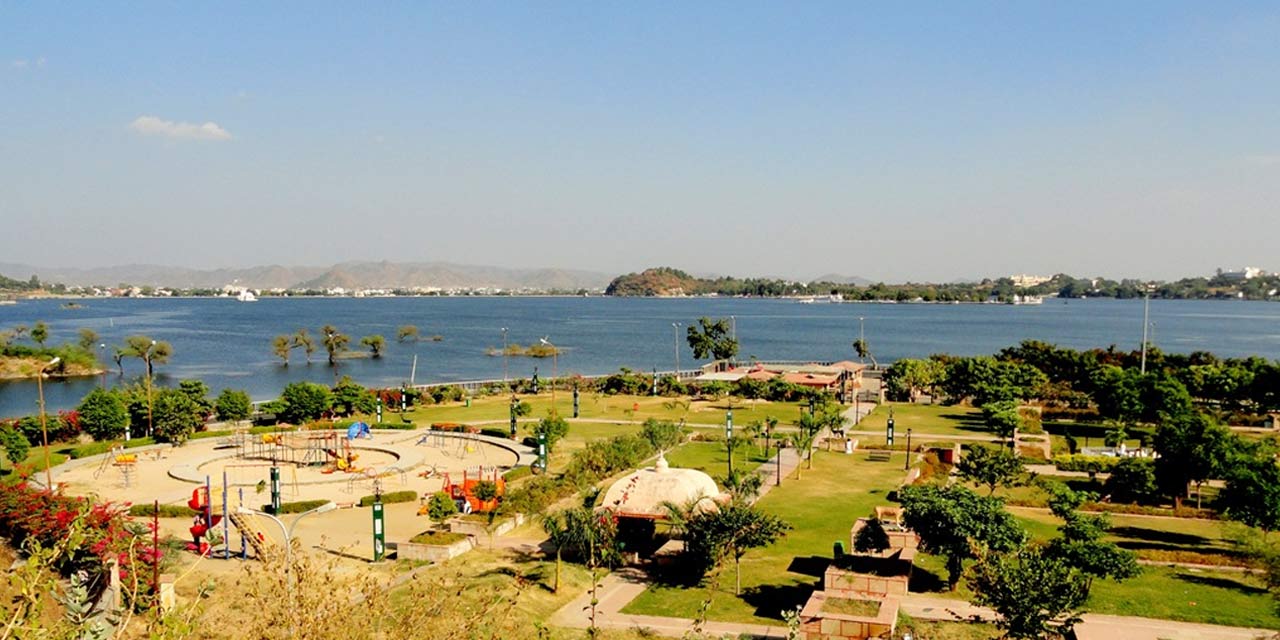 Located near Lake Fatehsagar, Rajiv Gandhi Garden is one of the popular leisure spots in the city. Named after the former Prime Minister of India, Shri Rajiv Gandhi, this park houses a statue of the late leader. In addition to it, there are quite a few attractions in the park including carved statues depicting various animals, fountains, food courts, lush gardens and a children’s park that draws a lot of visitors all through the year. This garden was inaugurated and opened to the public in 2008 by Smt. Vasundhara Raje.

Tourists can come and relax at this garden for a quiet and peaceful time. 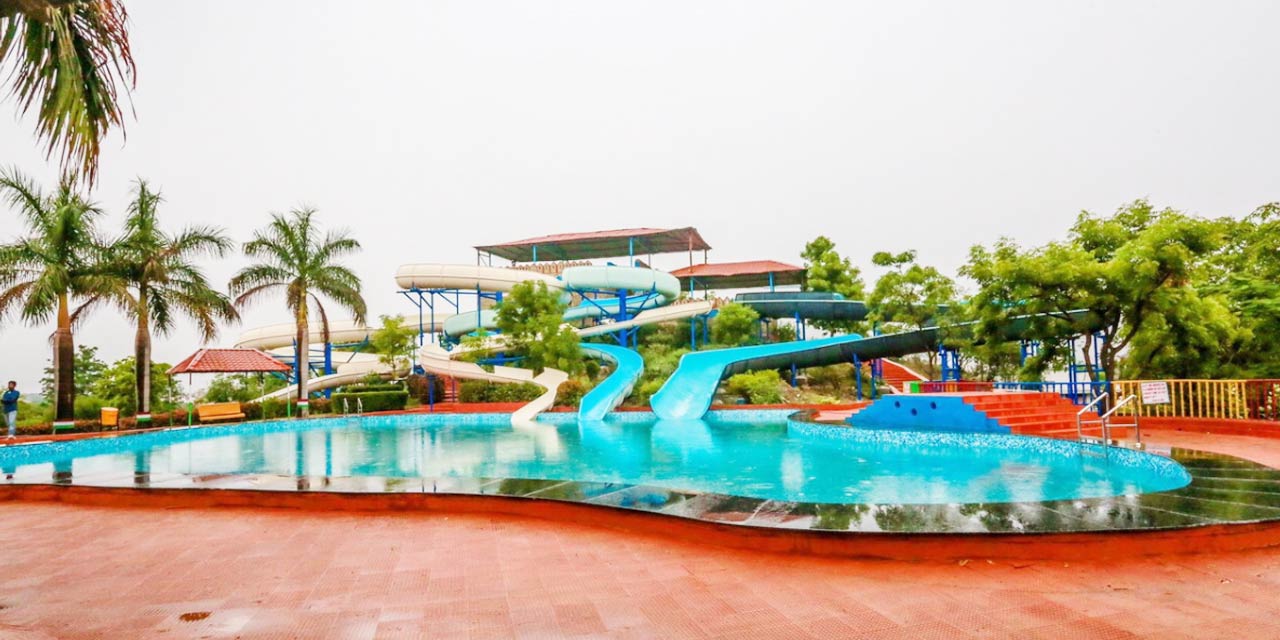 A themed water park developed between Goverdhan Lake and the Aravalli mountains, Marvel Water Park is a popular entertainment destination in Udaipur. Since its inception, it has become a popular weekend getaway spot for the locals. The water park is an ideal fun-filled destination for families as it offers many exciting wet and dry rides.

For an adventurous and exciting few hours, tourists can choose to head to the Marvel Water Park. 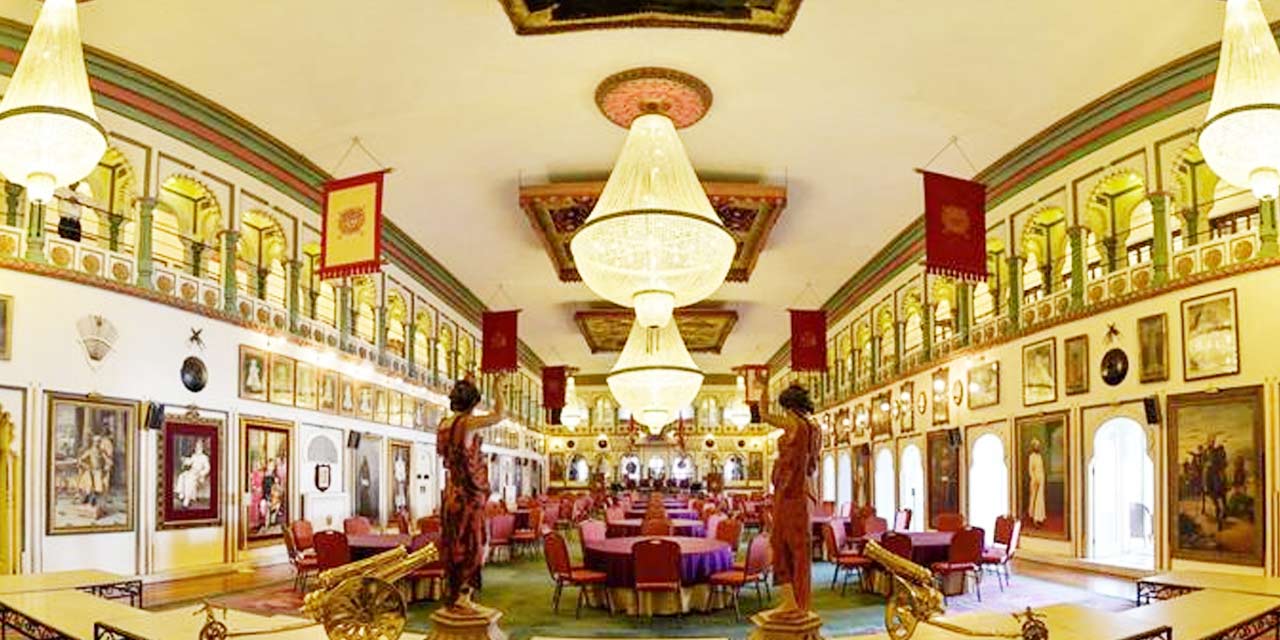 The gallery has a wonderful collection of crockery, candle stands, beds, chairs, dresses, mirrored tabletops, perfume bottles and much more. However, one of its major highlights is the crystal bed. A visit to this amazing gallery to see the interesting collection of crystal-based items is a sure thing to do in Udaipur.

If you have made plans to visit the glorious city of Udaipur, then the best way to explore the city in its truest sense is to opt for a customized tour package. With our one day, two day or three day tour packages in a private car, you will get ample opportunity and time to visit all of the city’s major attractions comfortably. Our tour packages are designed in such a manner that focuses on showing the best of Udaipur to the tourists in the best possible way.

So all you need to do is to get in touch with us by filling out the Contact Us form and we will take it forward from there and ensure that your tour to Udaipur is truly a memorable affair!